Guess who has a snow day today? ME! The Federal Government is closed, my job is closed and school is closed. Although I’ll do a little work via my computer today, I’ll be wrapped in sweatpants and cuddled by dogs. I’ll take it. So I thought on this snow day I’d share what I just finished and handed off in time for the snow, a Sparkle sweater for a friend’s dog named Maddie. 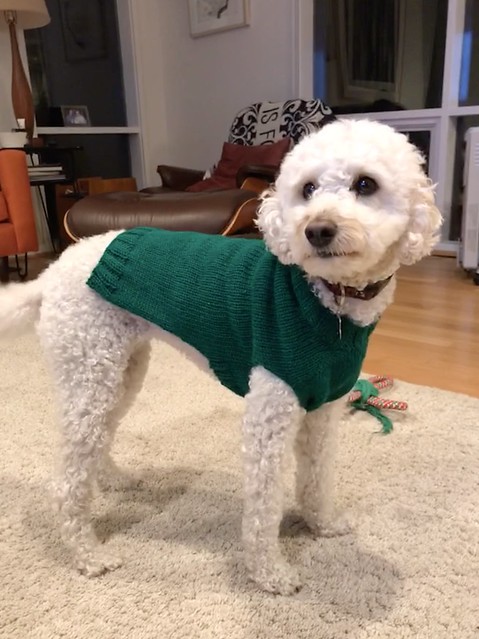 It’s rare my husband asks me to knit things, so when he asked if I’d knit a dog sweater for a colleague who always makes sure he has gluten free things at their work events I said sure. He’s watched me whip up sweaters for Cher and Jellybean in a few hours but once I got his the dog’s measurements I knew this might take a wee bit longer. Maddie is a lovely poodle who is fluffy and a lot bigger than my girls, but I was happy to do it for him. He’s just too cute to resist sometimes. 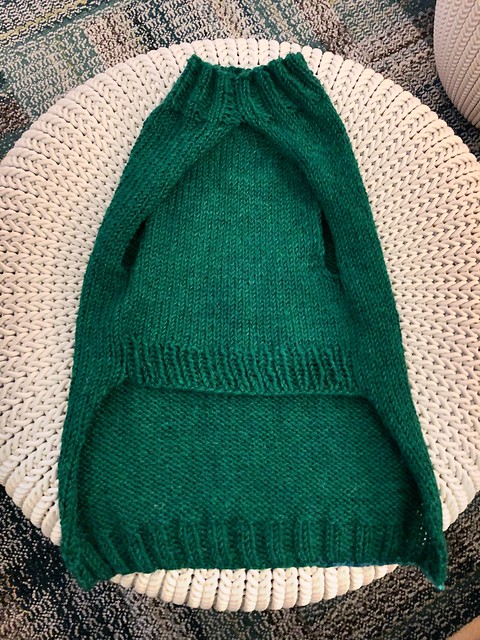 Since I wasn’t going to get to try the sweater on as I went I decided to stick with the Sparkle sweater pattern since it’s pretty simple. Two slits for the legs, coverage of the belly (that always kinds of makes Jelly look like she’s wearing a tiny cropped top) and then knit the back. I stopped slightly short of the back length in the pattern and I’m glad I did because it would’ve been too long. His colleague asked for a green sweater, so I used the leftover Berroco Ultra Alpaca from my Angelina sweater (and Jellybean’s itty bitty Angelina) because it is just a perfect green. 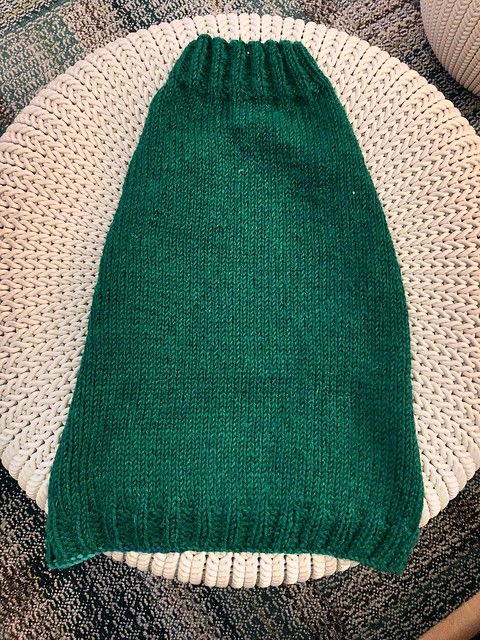 I made it halfway through the bind off before I realized I was going to run out of yarn. Thankfully I have a plethora of green yarn and was able to bind off with another and it’s barely noticeable. You can see just a spot of lightness at the tip. It’s such a soft and lovely knit and that green looks great against Maddie’s fur. 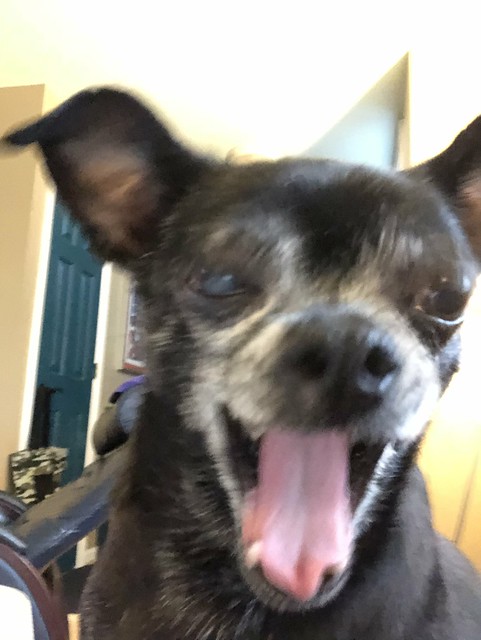 So I’ve got a day of knitting ahead of me and I’m working on a Carbeth for my cousin in Chicago but I’ve also got an idea swirling around in my head for a spring jacket that I might also need to start as well. Sometimes inspiration strikes and I can’t let it pass. And I couldn’t let this selfie by Cher not go unshared, you’re welcome.