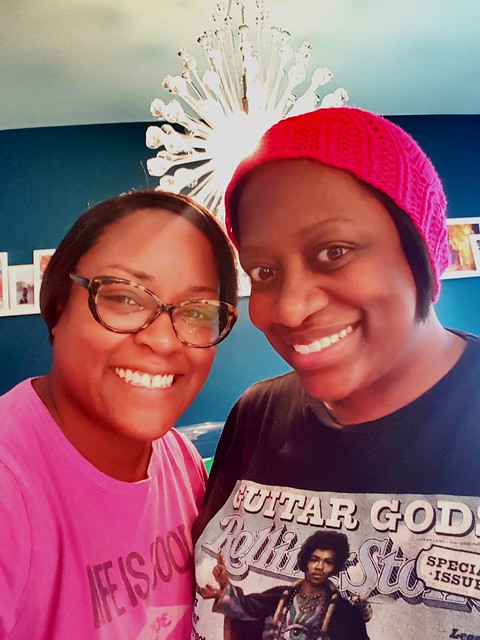 On Christmas day I whipped up a hat for one of my girlfriends that was coming over the next day. I’ve known Erin since college, she was first a sports writer and then my copy editor when I was Editor-in-Chief of the Bison Yearbook back at Howard. She’s been a long time friend and one of the few people who I am willing to knit for because she gets it and appreciates it. Erin is also a comedian! I think she’s my friend who I laugh with the most, not because she’s telling me jokes but because she has the craziest sh*t happen in life. And those moments eventually do become a part of her act. She moved to NY a while ago and travels a lot doing shows and I miss seeing her on a regular basis. So when she said she’d be driving back to NY and going my way I knew I needed to whip up something for her. 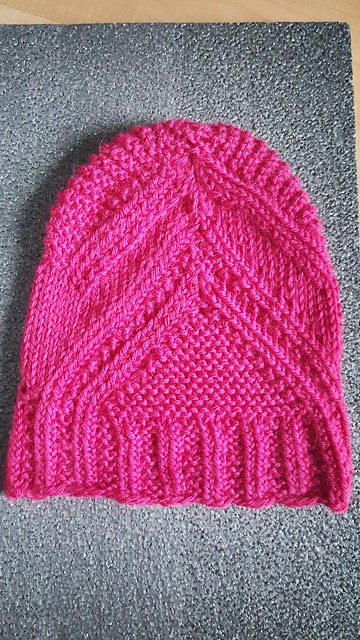 Enter, Fidra, a bulky weight quick knit with just enough lace to make it interesting. As with a lot of my hat projects, I did not do a gauge swatch. I know I should but I’m usually trying to not waste that 1 ball of yarn I have left to make a hat with. I know. I know. So I went with the size 9 and 10 needles per the pattern and I’ve been holding onto the Ella Rae Chunky in my stash specifically for something for her in hot pink because I love Erin in pink. She wears a ton of black and grey and I think pink always POPS on her. 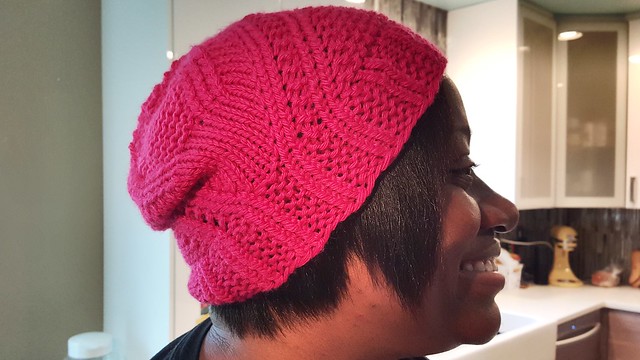 Since I didn’t do a gauge swatch I think it came out slightly looser than it would have but I actually liked the little bit of slouchiness to it. Erin didn’t want a pom pom added on top and when she was wearing it in my kitchen she said she was starting to get a little warm – so we know it will be nice and toasty for those on again off again wintery days we’re having on the east coast. Next I think I need to whip one up for myself on the weekend in black and white for a new coat I bought before Christmas. I mean, I initially learned to knit just to make hats so clearly I need to knit myself one!

5 Replies to “FO: Fidra for a Funny Lady”