Let’s start the week of on a high note with a finished object, shall we? Here’s my latest hat, Fidra. 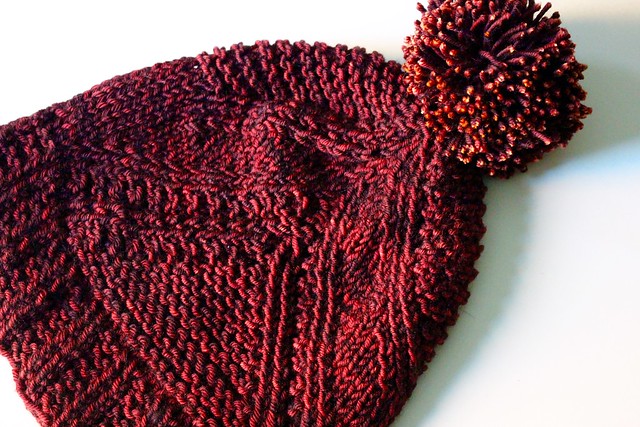 You may remember that I made this hat before in December last year for my girlfriend Erin. Side note: She told me the other day sometimes when it’s chilly in her apartment she puts it on instead of turning up the heat. LOL I knit this with a skein of Neighborhood Fiber Co in Studio Chunky that I picked up when I went to the dye workshop a while back. I have two coats that have deep red/burgundy threads running through them and I knew this color would be perfect so I picked it up but never had the time to knit myself the hat until now. I probably have enough to knit a second hat and may do that on smaller needles for my cousin since she tends need a child sized hat. 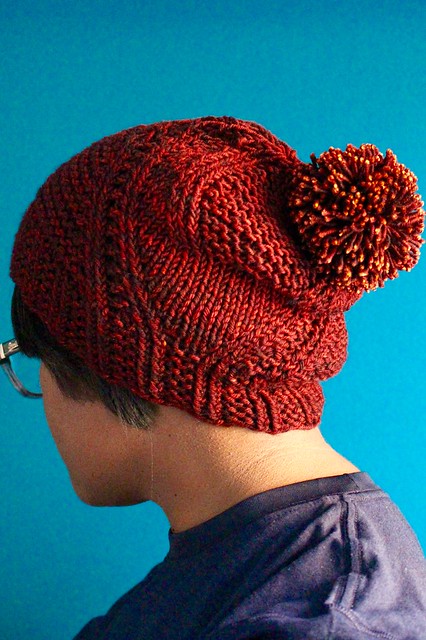 This hat is fairly simple to whip up on larger needles in a few hours but it consisted mainly of charts for the entire pattern. I kind of suck at following charts. It’s my weakness. I had to go back a full row twice to fix a mistake and I let on mistake go because I was too tired to go back and fix it. So I’ve got a small patch of stockinette where it should be garter but who will really notice other than me? But I really do love the look of this hat and am sure I will make it again in other colors for myself. I keep thinking about how good this would look in a really inky navy blue. But can I share a secret? 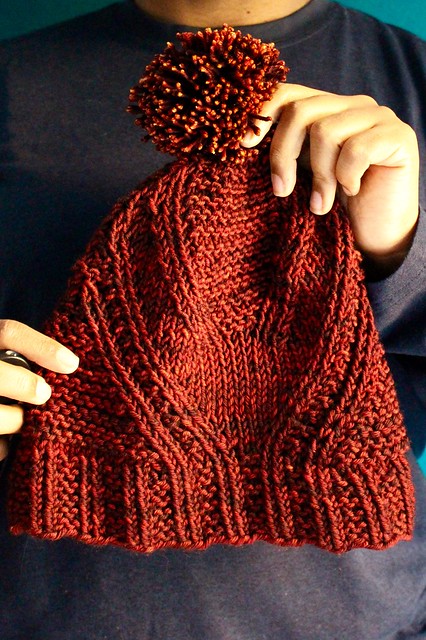 I never swatch for gauge before knitting hats. I just don’t. I feel like whatever needle the pattern requires I’ll be close enough in gauge and that I’m not bothering with swatching because I am lazy. Is that bad? Am I alone in that? But I will share another secret with you… 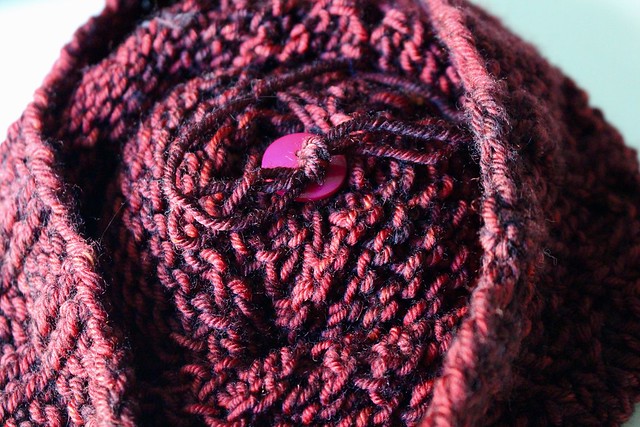 When I attach a pompom to my hats I secure them with a button on the inside. I do it so that when I have to wash the hat I can remove the pompom and won’t have to worry about the pompom falling apart! This yarn is so dense and thick that when I put the pompom on it immediately pulled the hat right on down but I love the look of it.

So I shared a knitting secret with you, what’s a bad habit you have that you can’t seem to quit?