I had a really good long holiday weekend over the last four days. My husband took off Friday so we got to spend an extra long weekend together. And over the weekend I paused on my Balloon Cardigan (again) and whipped up a Carlisle Cardigan instead! I wanted to use some of my leftover Macro and this cardigan was a fun project. More to come on it soon. Blocking super bulky weight yarns is a super heavy thing and it’s taking forever for this to dry. 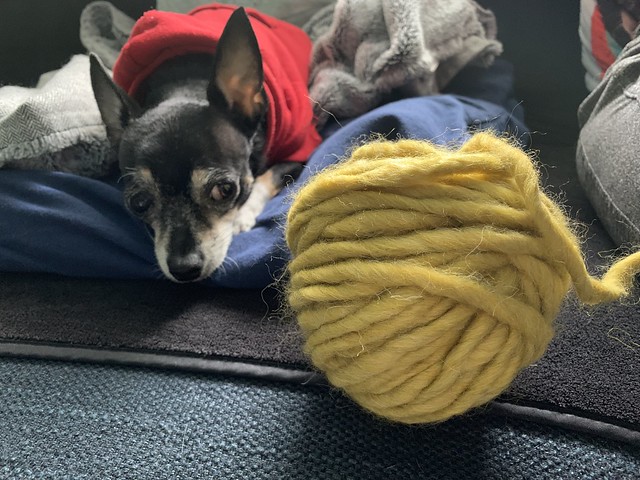 And I decided to whip up a heart sweater for Jellybean because the hat I made with hearts was entirely too cute. 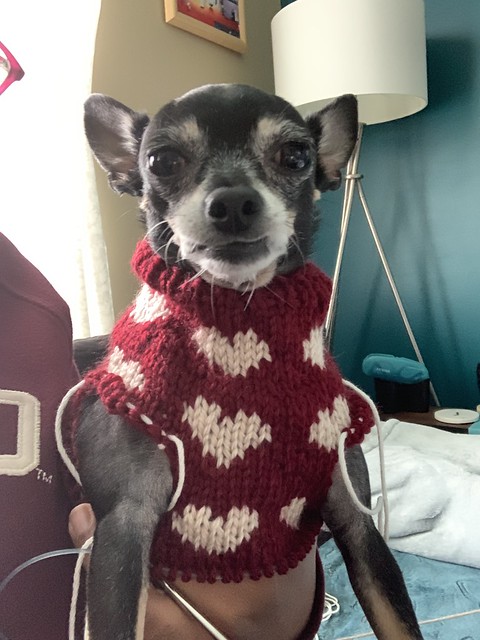 Let’s just say she was unimpressed with her fittings. But it fits beautifully and looks cute as pie. I’ll get more pics of the actual finished object once it is blocked and dry. And over the long weekend my friend Steven sent me a pic of his dog Sophie in her sweater I made her (still no selfie of the two of them together in their knits). 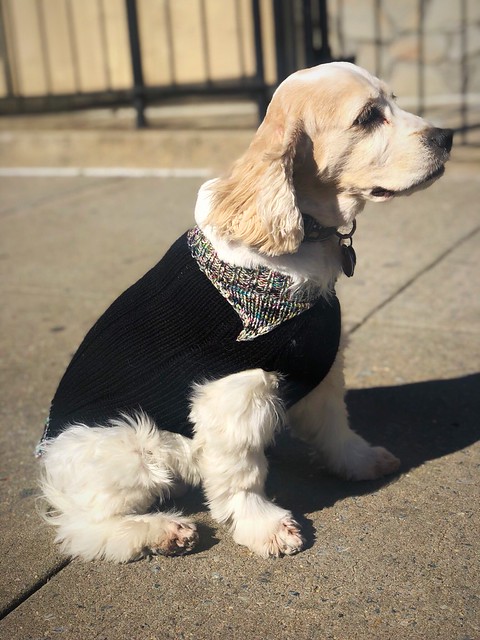 She’s such a regal pup. Also I’ve been on a super bulky knitting kick and it’s so satisfying. And many of you mentioned wanting to jump in on it but not wanting to knit with wool since you’re in warmer climates. I found Loopy Mango has Big Cotton yarn in 100 gram skeins and bigger cones in awesome colors if you’re interested in trying the super bulky knits in cotton (I may do so in the future but I need to replenish my yarn budget). That hot pink is calling my name. Also, Knit Picks makes Mighty Stitch in Super Bulky which is 80% acrylic and 20% wool so it’s not super hot. I use Mighty Stitch worsted a lot for baby projects and hats for people so they can just put it in the washer and dryer and not worry about it. It’s also a more affordable option. Just wanted to make some suggestions so you don’t feel like you’re missing out on the super bulky fun.