In the last week I’ve finished 3 hats and a baby cardigan. I swatched for a sweater for my Mom and a test knit for a spring tee using one of my favorite yarns. I’ve got lots of little things happening all at once. And another little thing that was fun, I was mentioned in a UK knitting magazine. 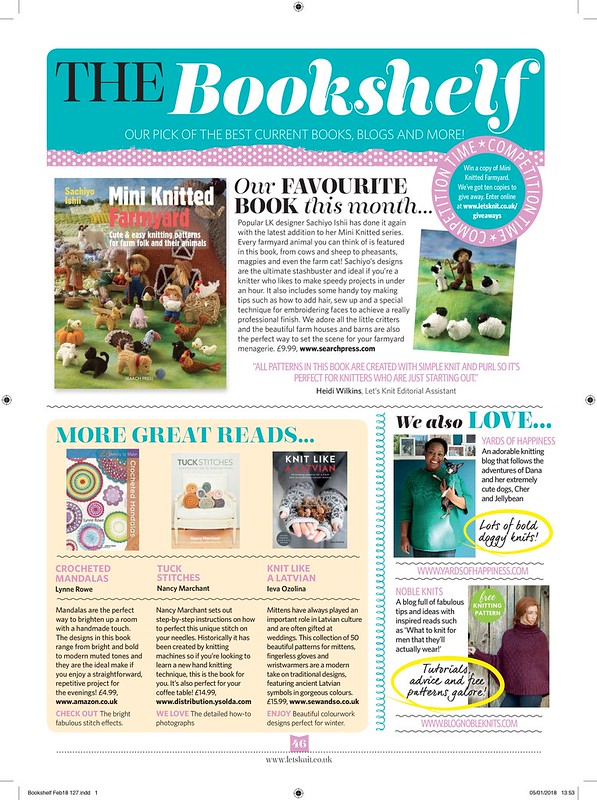 Let’s Knit Magazine reached out to me via Ravelry and asked if they could have a picture (preferably with the dogs in knits) to feature my blog at the end of the magazine! I gave them options and they picked the matching Angelina sweaters with Jellybean. They sent over the layout so I could see it and that was pretty cool! Other cool things… 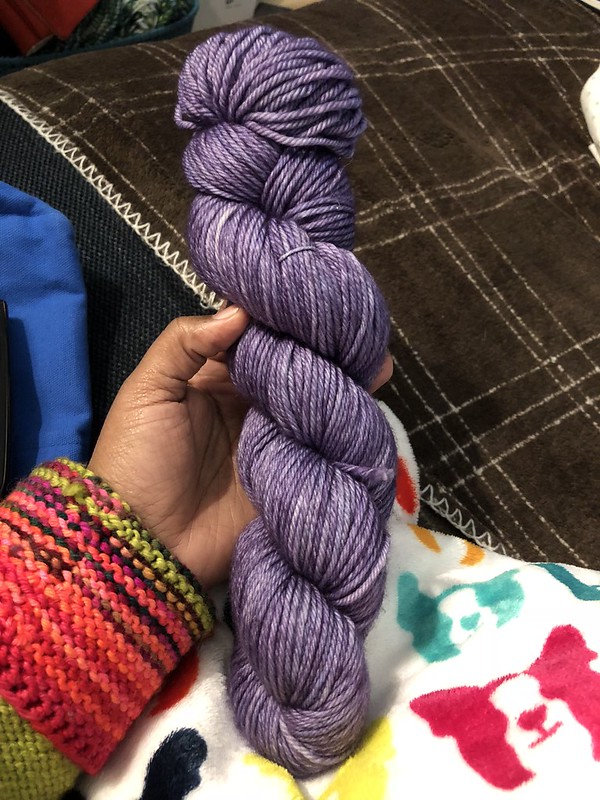 So one of the hats I finished was made with this yummy yarn. It is Audubon Worsted from the Fiberist and it’s just lovely. My girlfriend Alisa is on a sabbatical from her job in Brazil and has been in the states and came to visit. I took her with me to my LYS one day and she asked me why I hadn’t knit her anything and I told it was because she’s lived in the Middle East and now Brazil so she didn’t really need anything warm. But while she’s in the states she’s been freezing so she asked for a purple hat. I’ll share the details next week on the finished project but this my first time picking up a skein of the Fiberist yarn and I would totally go back to it again. Pictures really don’t do it justice. 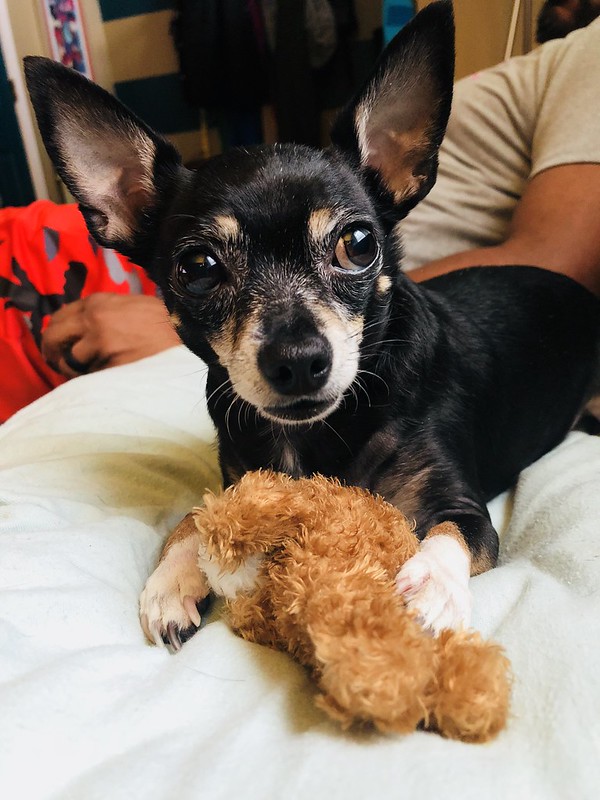 And one last little thing…Jellybean with the world’s smallest teddy bear chew toy. It’s just the cutest thing to me. Have a great weekend!