After knitting so much last year, I’ve had a feeling that a slow down would hit me at some point. I love knitting and do it almost every day but sometimes I lose my mojo. I can already feel myself slipping as I’ve slowed and put my Kangarullover pullover to the side for a bit (it’s a lot of garter stitch and getting a bit awkward to manage) and the other night I was so mentally exhausted and frustrated that I didn’t knit at all. Usually it calms me down but on Friday night I just wanted to sleep. So I’m trying new things to reengage my brain. 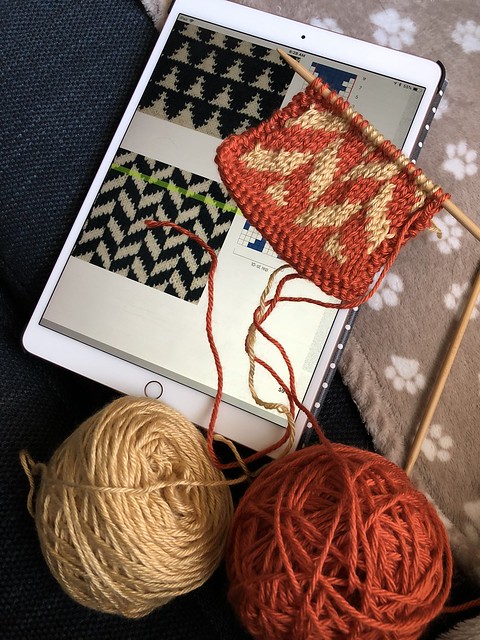 And I’m giving stranded knitting/colorwork a go! A while ago when Interweave had one of their 40% off sales (which is going on today – use code 48HOUR to get 40% off) I bought Alterknit Stitch Dictionary eBook: 200 Modern Knitting Motifs to finally force myself to give colorwork a try. I went through and bookmarked some of the patterns I liked when I first bought it and finally opened it back up last weekend to give it a go. My first try wasn’t too bad. 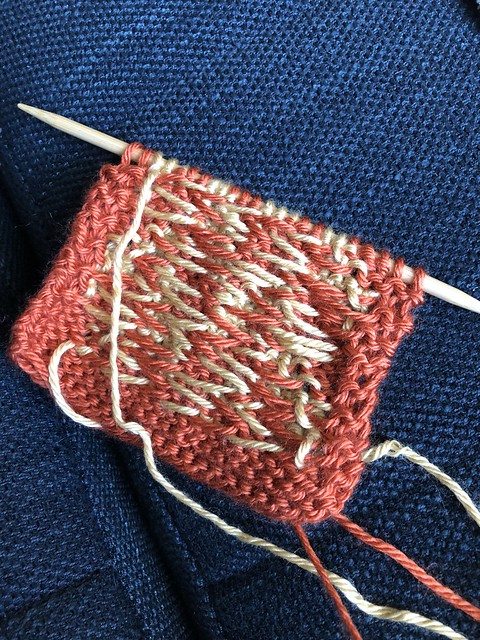 My tension isn’t great and I’ve yet to figure out how to hold two balls of yarn that’s comfortable to me but that’s part of learning. But really, it wasn’t that bad. And I realized why I’ve been avoiding it for so long. 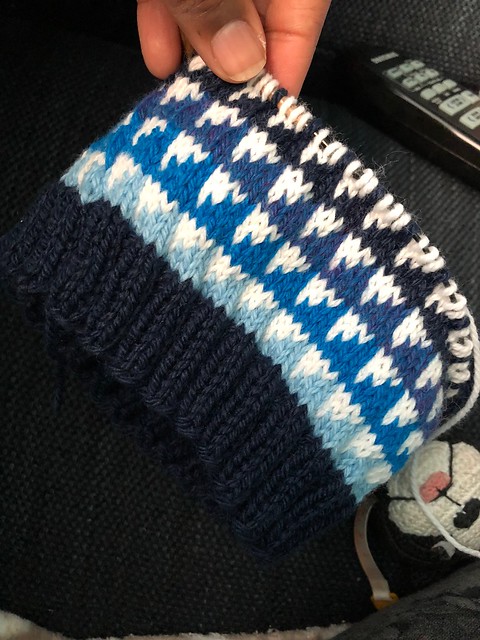 Just swatching from that book brought we way more confidence and this weekend I knit my friend’s toddler a super simple colorwork hat! It was so neat and the floats on the inside were just beautiful. I’m so proud of what I was able to accomplish with just a small project and now I’m ready to tackle more stuff to get my skills better. I may not knit that cowl (I’ve got the yarn somewhere deep in my stash but I definitely see more colorwork in my future. So for those of you who do this often, any tips?