My friends are having a baby boy in about a week or so and I missed their baby shower so I decided to whip up a little sweater for spring and some socks for baby Greyson. 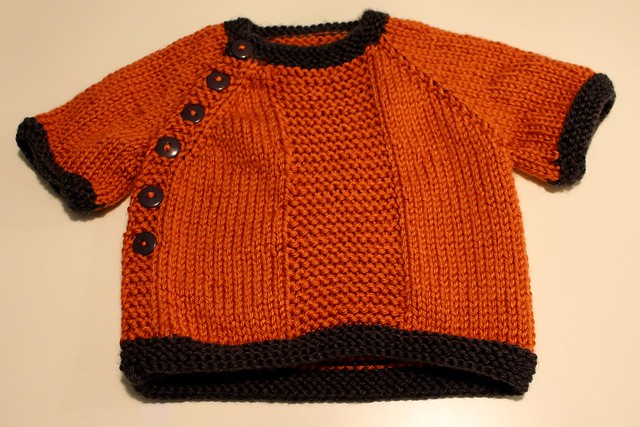 Even though his name is Greyson I didn’t want to do all grey because that’s boring to me. So I went with pumpkin orange and charcoal grey trim for another Wee Sherlock sweater. Also I don’t like to cable that much so I omitted the cable down the middle with a simple garter stitch panel. It’s clean and simple and I like the look of it. 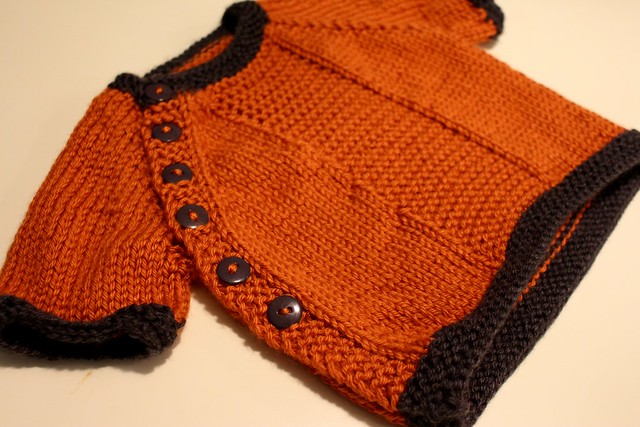 I really like this pattern for a different looking cardigan. I love the buttons going down the side inside of the middle. Although my pics make it look brown it’s more or a charcoal grey for the trim and the buttons. I was hoping that would give it a slightly masculine vibe but it’s pretty gender neutral no matter what. I also decided since Greyson will be born in late February/early March by the time he truly starts to fill this out it’ll be warm so I didn’t go with long sleeves. It’s a nice soft layer to add over any onesie he might be wearing that day or he can wear it as a shirt as it gets warmer. And I didn’t feel like making a hat so instead, I made socks! 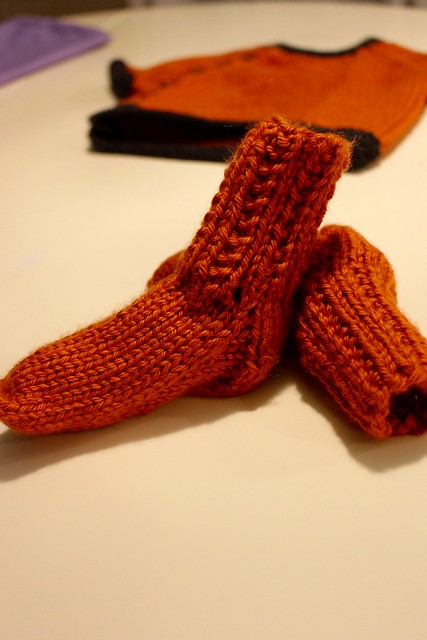 I went with the Little Squirrel socks from TinCan Knits and each one took me an hour and a half to whip up for the newborn size. I was working with size 5 needles and worsted weight yarn (my favorite baby yarn, Caron Simply Soft. I will admit I was too lazy to do a kitchener stitch to close off the toe so I just did a 3 needle bind off and called it a day. 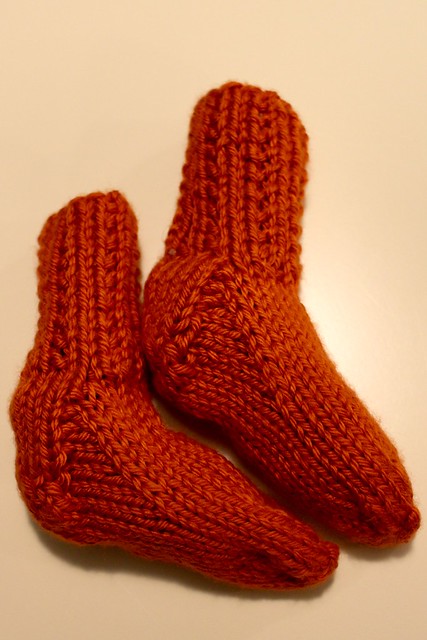 I had to stuff a little tissue paper inside of them to get them to fill out so you could actually see the shape of them. They’re so tiny! I can’t believe little baby feet will eventually be filling these. So there you have it, two super simple and quick knits to whip up over a weekend when you want to make something for a baby.