I don’t think it comes as a surprise to anyone who has read my blog over the last few months to realize I’m voting for Hillary Clinton. I work in Washington, DC (when I walk out of my office building I have a straight line of sight to the White House) and I live in the Maryland suburbs and I’m fully consumed with politics on a daily basis. During the Democratic National Convention I ordered some Hillary swag that included a pack of embroidered patches. I wasn’t sure what I would knit with them but then decided a hat was in order. 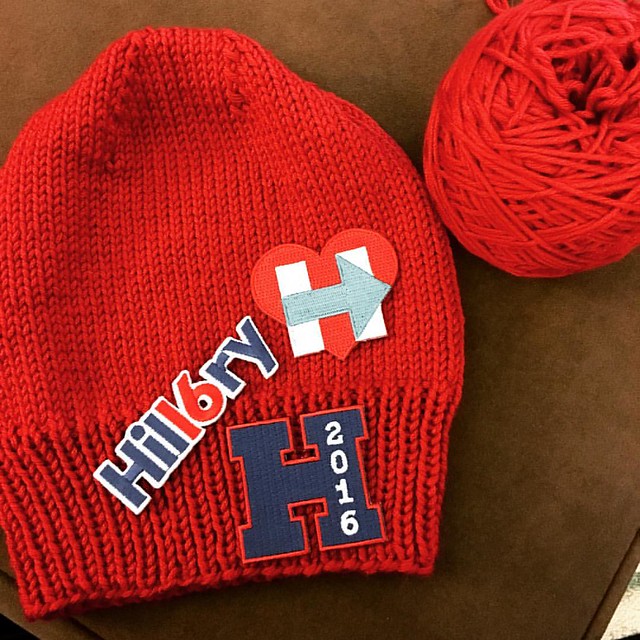 You may have seen this pic on my Instagram feed and I ended up making a Hillary Hat using the H and the Hillary16 patch on this red hat and gave it to my Mom. She’s been volunteering for the campaign in Northern Virginia and I wanted her to have some swag. I bought a skein of cobalt blue to use the heart patch on but then on Instagram I saw an even better hat to make!

Yellow Cosmo is offering the I’m With Her Hat pattern for free!! I’m going to use the cobalt blue yarn for the hat and make my arrow red and probably add my heart patch on the side. If you’re looking for a way to show your support download that pattern!

7 Replies to “FO: Hats for Hillary”