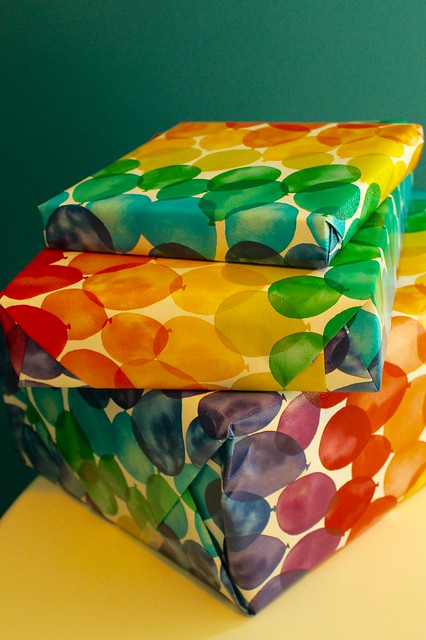 It’s funny. Between blog comments and comments in person, lately I’ve had a lot of people comment on how much of my knitting I give away. In the beginning I used to give it all away and then would end up with nothing to show for all my hard work or just a hat for myself. I was so excited to share and make in the beginning I forgot the person I learned to knit for was ME! Then I realized I needed to make for myself and I would selfishly knit for months at a time but always drop in a thing or two for someone else in between my own projects. And as I got better, demands got greater but I’ve never had a problem saying no and I work at my own pace. I’ve even had someone who wanted a hat and I didn’t have time say, ‘well if you’d just charge…’ yeah that wouldn’t make me knit any faster or create at time slot to make something I don’t want to make right now. That’s just the truth. I make what I want to make when I want to make it. That means sometimes you might get a sweater in August instead of December. And if I was going to sell anything it would probably be dog sweaters. Let’s just be honest in what I’m really obsessed with.

Out of the 68 finished objects I made last year, I gave 42 of them to someone else – that’s 61%. My mom, sisters, husband, cousins, friends, babies and even dogs enjoyed what I was able to make them. And what I enjoy are all the images I get of babies in sweaters, friends wearing hats or scarves. Someone wearing flip top mittens I made them on that first cold morning. Seeing my hand knits worn on TV. Videos of children opening packages I’ve sent and seeing their joy and surprise. I’ve even been told there may be a baby cardigan I knit in someone’s holiday photos this year! I keep those moments to myself because they’re what brings me joy. They’re what motivate me to learn new skills or try new yarn or find a perfect pattern. I also take joy in the fact that on this cold morning I was wearing a cardigan I knit myself, I was wrapped in a scarf I made and wearing a favorite knit hat. I knit and I can give a gift to someone else and I can gift myself so much more. Knitting isn’t just a gift, it’s the gift that keeps on giving.

6 Replies to “The Gift of Knitting”