I never blogged about this hat last year. I counted it in my 2016 round-up and mentioned it in my March 2016 FO Monthly Round-up. 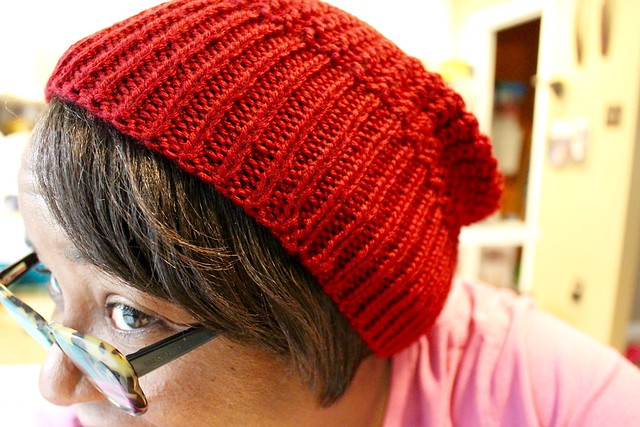 I didn’t think of it as a major FO but it was made for my ‘little brother’ Travis because he has repeatedly been a guest lecturer for my class. Ten years ago Travis was my graduate assistant when I worked at American University. I left higher ed for a new job in the association world a few months into him working for me but he told me that I was going to be his big sister and I couldn’t get rid of him. Many Thanksgivings together, dinners, happy hours and guest lectures later Travis has solidified himself as a member of my family. He’s the little brother I never knew I needed but love so dearly. So the thing about the hat…he kind of loves it.

Every time I see him on Instagram he’s wearing the hat and you guys know whenever someone wears something you make it makes your heart feel good. When I asked him what kind of hat he’d like he sent me a picture of a slouchy ribbed beanie and asked for in a deep red/burgundy shade. I chose the Graham hat pattern (it’s a free one) and used the Mighty Stitch Worsted in Pomegranate so he could wash and dry it without any issue. In January I got a text ‘Can I get this same hat but in black and in gray?‘ Seeing as how he’s my little brother and I ask so much of him and he asks so little of me I said sure, ordered 2 more balls of yarn but just never got the chance to put them on my needles. And then last month he told me he’s moving to NYC for his dream job. 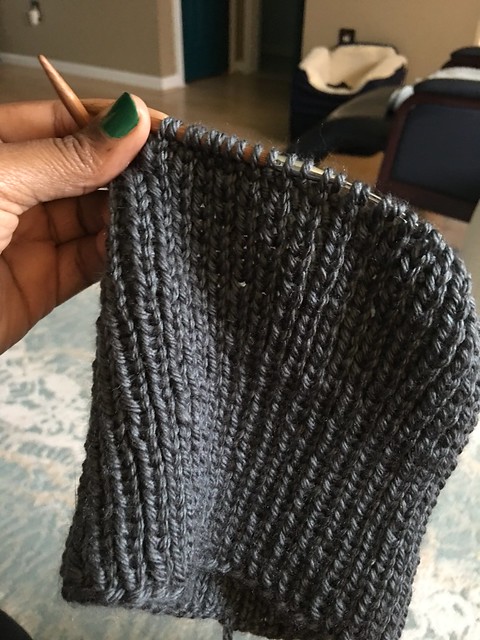 I quickly picked up the yarn and said I’ve got to get moving. I’m halfway through his gray one. I’m cooking him one last meal on Thursday and I hope to finish it and maybe even a black version too. And every time I pick this hat up I get a wave of sadness at the thought of not meeting him for dinner on a random Tuesday because it’s gorgeous out and we were in his neighborhood. I realize more and more how much knitting is a labor of love for me. I put myself in each stitch. I try to make things with purpose, that I’ve thought of all the details to make sure this knit thing will fit into someone’s life and when they wear it they will think of me. So even though I won’t see Travis as often, I know I’ll still see a little bit of me in his Instagram feed whenever it’s a bit chilly and he needs a hat. It’s kind of like his big sister will always be there to protect him because isn’t that what big sisters are for?

So a hat isn’t always a hat. Sometimes it’s a lot of love. Have a great weekend.