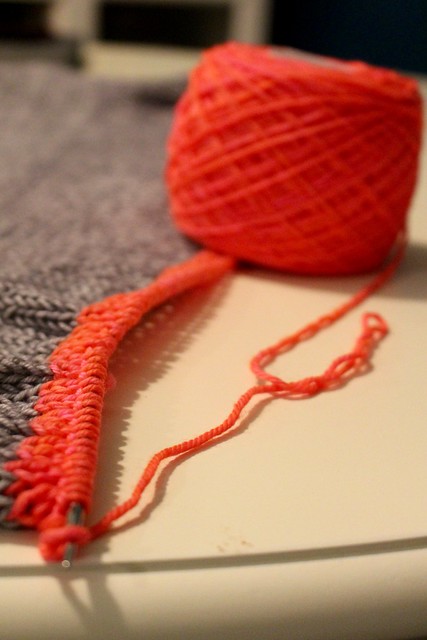 So I don’t have to keep my neutral and neon project a secret anymore from my BFF Jess. Why? Because for some reason, despite being on gauge, I have knit up a second Alicia Plummer pattern way too big and I have zero clue how that even happened and instead of it fitting Jess it’s going to be big enough to fit me. Since I don’t have a pic of my own frustrated face, here’s one of Cher that sums up how I feel. 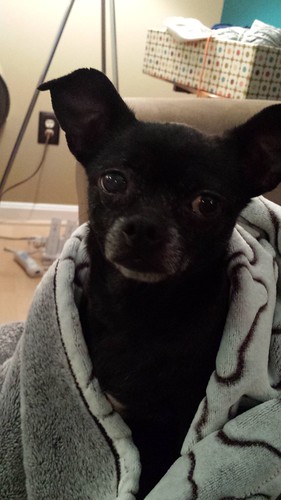 The first time I ever knit an Alicia Plummer pattern was in August, the Lived In sweater and despite meeting gauge that baby was huge. I actually just gave it away the other weekend because I’ve never worn it and knew I never would be it was such a disappointment. But I love the look of her patterns and when she had a 50% sale I picked up Cracked Pepper and thought this would be a lovely layering piece and/or jacket for Jess because she is always cold. I had some light grey Neighborhood Fiber Co studio worsted (which is really a dk weight) and leftover Madelinetosh DK in Neon Peach. I swatched away and was ready to rock following the smallest size, 33 (mind you when I knit for myself I knit a 44-45). The body went quickly and so when I was knitting the sleeves over the weekend I thought, man these sleeves look fairly big for such a small sweater and I realized that they fit me…with ease. LAWDHAVEMERCY I pulled it all the way on without any issues. Sigh…it’s big enough to fit me, which means it would totally swallow Jess, which is disappointing and makes me reconsider if I’m built to knit Alicia Plummer patterns at all.

So I’m going to finish it and block it (which I know will make it even bigger) and perhaps it will be my new spring layer that I end up loving and I’ll just go back to the drawing board with what I will make Jess in the future. I’m a bit deflated but that’s part of the knitting process, sometimes you make mistakes and hopefully you grow from them or you just go and eat some ice cream. Happy Wednesday!